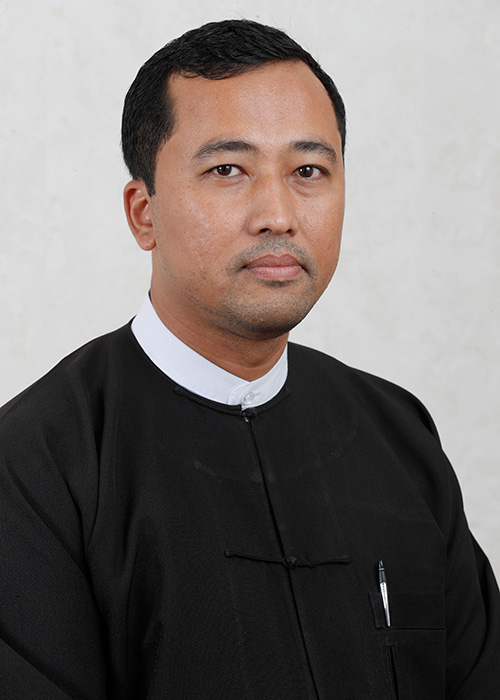 U Aung Myo Kyaw is a managing partner and founder of AMK & THIHA Myanmar Litigation Law Firm. He received a Bachelor of Laws (LL.B) degree from Dagon University in 2005. He also obtained a Diploma in Maritime Law in 2006-07; a Diploma in International Law in 2007-08; and a Diploma in Business Law in 2010-11 from Yangon University in Myanmar. He has been acting as a lawyer of plaintiffs, defendants, and respondents in various cases such as civil and criminal cases, commercial cases, and labor dispute cases in the courts of Myanmar since September 2008. He is an advocate. He worked as a legal consultant for Huawei Technologies (Yangon) Company Limited from August 2015 to November 2016. Moreover, he had also worked as a senior associate in the Myanmar Dispute Team of VDB Loi International Law Firm from December 2016 to December 2021 where he provided foreign clients with the best legal advice. He constantly invests his life in the cases of his local and foreign clients to achieve the best results. Furthermore, he is an advocate who has achieved the recognition and execution of a foreign arbitral award by a district court of Myanmar for the first time in the history of the Republic of the Union of Myanmar.